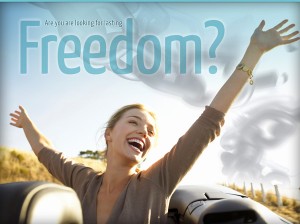 Today I wanted to open the curtain a little bit with you and share an example of how we addressed a challenge she had with her brother during her Deep Issue Massage Intensive.

I included a journal exercise that you could apply today.

My peeps who commit to The Intensive get unlimited access to me via email during their 6 weeks… (plus a bit 😉 ).

This lady, Sally* (*name changed for privacy), reached out after having a highly charged experience with her brother.

Sally’s brother has always berated her and treated her meanly, which would then leave her feeling like a dish-rag after falling into the garburator. Of course, this would bring up a tremendous amount of unresolved baggage from the past. Here’s a line from one of her emails to me:

“I really believe it’s his problem but I feel my only recourse is to not expose myself to the “meanness” therefore end the relationship with my (…) brother??????

I can’t see how I can ever get to the point where his behaviour towards me will not bother me?”

I will attempt to cover as much in this email as you covered in your emails to me.

I really feel it is important to identify the shift you experienced. Next time I see you I will draw the shape of evolution/consciousness for you and it ought to help clarify why this is such a big deal.

Absolutely the object of my last question WAS to get you to pay attention enough to recognize you FELT different during the exchange with your brother.

The object is NOT to never feel emotional responses to people, places, situations and things. It IS to become AWARE of what it is you are feeling, and to question if that feeling any different than when you were in the situation last.

If you are not able to become aware of the simple shifts that happen at the beginnings, it is not possible to experience large and long-lasting changes. The new behaviours do best when given attention like now you would nurture a new born babe, without the need for coddling, just your presence.

What a kid needs is “presence” NOT ‘presents’.  Same goes for your new behaviours.

If we were able to go from Zero to Infinite Velocity instantly, the beautiful human experience would not be necessary, even when it is feeling ‘less-than-beautiful’.

You mention, “at least he is willing to try” or something to that effect. The only reason he is willing to try is because you are transforming and his unconscious self can feel it. Nobody wants to engage when they know they are about to energetically get kneed in the groin, right?

By owning that it was NOT him but HIS ACTIONS toward you that made YOU feel like he was mean, you open space to heal.

***Be very aware that one of the ‘spiritual traps’ is after taking responsibility and acting on a situation (like you are doing),  be aware of any feelings like being ‘right‘.***   That is the pendulum swing and is very seductive.

If you choose to come back to him with something like, “I don’t think you’re mean or an asshole, but I do think you act like one for reasons you are unaware of,” you may find that he will respond a lot more respectively to you.

More importantly, YOU won’t polarize ‘being right‘.  Many people will naturally move from ‘being seen’ to ‘being right’ after being seen. 😉

So, ultimately what DIDN’T HAPPEN was your old self reaction. You are now into your new self RESPONSE.

RESPONSE-ABILITY, the ability to respond appropriately to any situation, one step at a time.

If all of a sudden your life was perfect, you would implode as the previously unresolved part of your nature would become like nuclear free radicals on your psyche.

It would afford you ZERO opportunity to embody wisdom, which is what you really want (whether you know it or not).

That being said, know this: you will be tested again… and that is good.

JOURNAL EXERCISE:
Take some time to examine your interchange with your brother and journal ONLY about what has changed in you, in as much detail as you can muster.

This is the time to increase your awareness fertility. Become like the gold miner who found a nugget of gold and who ends up being the one who finds the giant vein of gold by persevering though everyone else’s ridicule and misunderstandings.

***The object is NOT TO BE RIGHT, only to be aware and act on that awareness.***

(BTW: be prepared for your ego to have a hissy-fit over this, that would be normal)

You may consider sticking to your guns right now and not entertain going there for New Years, what do you think?

Changing this stuff is like a practice. We resolve the inner stuff and you go out and engage in the world to see if it gets triggered, which ultimately begins to diminish.

That’s it for now, I am preparing an exercise for you that will be designed to ensure your success but may stretch you a bit first. 😉

I am very pleased to report that this client made tremendous headway in finding a place where she was less impacted by interactions with her brother, and even went on a trip to Europe with him since.

That trip wasn’t ummmm… “uneventful”, but what was really cool was for the most part and it no longer totally destroyed her Zen.

When you take the time to notice the shifts your are making instead of not making…  shi(f)t happens!

It is a primary focus with those I coach during The Intensive.

Make today great, be yourself!

PS – To find out more about The Intensive, CLICK HERE NOW.