Callouses: What are they for and What do they mean? 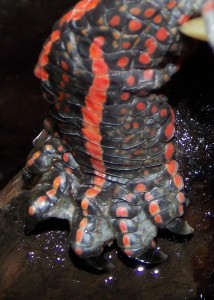 Recently, I received this question. See how it fits in your world! 🙂

I have had a callous on the sole of my left foot for a month, despite trying natural methods of removing it. I know that Louise Hay explain calluses as hardened beliefs and solidified fears… Am curious what your take would be, as you appear to take things a step further and out on a limb that people may not have considered.- Amanda

Yes, Louise Hay is a great place to start! Let’s take it a little further.

First let’s start with some definitions from Dictionary.com:

adjective
showing or having an insensitive and cruel disregard for others

noun
a thickened and hardened part of the skin or soft tissue, esp. in an area that has been subjected to friction.
• Medicine: the bony healing tissue that forms around the ends of broken bone.
• Botany: a hard formation of tissue, esp. new tissue formed over a wound.

I’d like to point out a few specifics from this definition, which are these:

“insensitive and cruel disregard for others”

“tissue formed over a wound”

Now, let’s draw it all together and at the end we will throw in the left foot and see where we are at, ok? Great!

Callouses are a necessary and useful act of the body to protect a part of the body that would otherwise be aggravated by use. It is a very important function of the body on a bio-mechanical level.

What you have described appears to go past the useful stage and into a chronic stage of some kind.

Therefore, when dealing with callouses, we would look to having you finish a discovery statement such as this:

“A past [emotional] wound that I am attempting to protect, that when is subjected to friction makes me insensitive to others is ______________.”

Let’s do it again, bringing in the Left Foot.

Problems in the Left Foot could be summed up as difficulty or unwillingness to receive support, especially emotional support. In fact, we would look to beliefs around a flat out refusal to be supported, around the emotional wound that is causing the callous, for fear of having to be vulnerable in that part of your life.

As it is on the sole of the foot, we look to grounding a thought into reality. Therefore, it looks like you are subconsciously trying to protect yourself from grounding, or bringing into reality, the resolution of what may actually bring you healing because it is too painful to be vulnerable in that part of your life.

Grab a glass of red wine and try this:

Don’t be surprised if this is one serious hum-dinger of an emotional blast, or if it is no blast at all.

I think it is prudent to say that we also get callouses from use. Well used parts of our bodies, that are exposed to friction, such as when walking around in bare feet all summer, will become calloused. But that is different and are a healthy protection mechanism.

A great example of that is in the book Mutant Message Down Under, by Marlo Morgan, where the main character goes on a walkabout in the Australian outback with the aboriginal people for spiritual purposes. She ends up callousing her feet, but that’s all I will tell you about it. Good read in my opinion, just look for the meaning behind the story. 😉

The callouses we are talking about here are not those; the ones I am referring to are unusual in their presentation.

If you are a poor city folk, with your tender tootsies in shoes all the time and never venture around the house without your slippers, and you still have callouses, maybe a deeper look into it would be warranted.