The Beliefs Behind A.I.D.S. 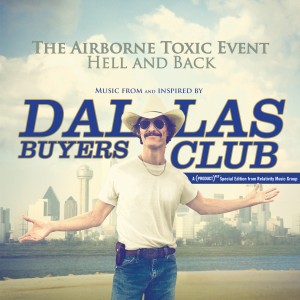 Last night, my wife and I watched The Dallas Buyers Club – a great movie with phenomenal performances from both Matthew McConaughey and Jared Leto.

McConaughey plays an angry, self-destructive Dallas electrician who is straight, ‘loves’ sex, booze, drugs and rodeo, while Leto plays a male-to-female trans-gender drug addict, both of whom have AIDS. Their lives cross in what seems to be a most unlikely way, at least on the surface.  Once one recognizes the ‘Beliefs Behind’ for each character, the circumstances of their meeting become more understandable.

This movie, based on the true story of Ron Woodroof (McConaughey’s role), was about his ‘man-ing up’, having unprotected sex and being as macho of an asshole as you could imagine, when he finds out he has AIDS… even though he was straight.  To find out what the rest of the movie is about, and how his challenge ends up connecting him to his purpose, you’ll have to watch it for yourself.  Well worth it in my opinion.

I really loved this movie, so I figured we could take today to look at AIDS from a Body Message perspective.

AIDS is an acronym for Acquired Immuno-Deficiency Syndrome, and eventually inflicts some (but not all) of those infected with the HIV virus.  Basically, AIDS develops as the virus at its root behaves in a way that completely depletes the Immune System to such a point that the body does not know, or care, what happens to it, and can no longer defend itself.

The Immune System’s job is to maintain harmony between what is in the body and what is outside the body. It decides what is allowable for the body to let in, and what is not allowable.

The Beliefs Behind AIDS have to do with a person being clear about what and who to let in, and what and who not to let in. When the person has no basis for their own value and has felt excluded in their lives, they will attempt to find that value through methods that are carnal and support an experience of duality.

So, what is duality?

Duality is what is required in this plane of existence for us to be whole. At risk of upsetting all the spiritualists out there who claim that duality does not actually exist, or who completely focus on non-duality, I believe that embracing duality and its role in your journey is vital to having any kind of transcendent experience here on Earth.

Kind of paradoxical, isn’t it?

Someone who has contracted AIDS or HIV will undoubtedly have beliefs around being excluded, not being enough and not being worth protecting.

These people have a tendency to not have a sound sense of boundaries and of what to allow in and what to keep out. They will often lean to developing what I would call, Unconditional Love Syndrome (ULS), a disorder (made up by me 😉 ) of its own. Here’s what I mean:

People who have Unconditional Love Syndrome are people who likely exhibit symptoms such as, but not limited to, the following:

Let me explain… people who have immunity challenges, probably have no idea what immunity is for. Take hugging for example, most would see hugging as a good and healthy thing, as would I, under the right conditions.

When someone with ULS hugs as a demonstration of ‘unconditional love’, what they may be doing in their sub-conscious is failing to discern if who they are about to hug is part of what makes them healthy.

Hugging is a tool. It’s an act that can release things like oxytocin into the bloodstream, provided that hug is safe and the party you are about to hug is part of your healthy evolution.

If they have confused getting hugs as a compensation for a sense of being excluded and not accepted, then getting hugs can actually deplete this person at a deeper level.

“…to accept, not to like” takes discernment, and discernment means being in touch with the value of who you are.

Because AIDS is transmitted through the body’s fluids, it can be acquired in various ways, such as sharing needles for intravenous drug use, occupational exposure to others’ blood and other bodily fluids, and even blood transfusion (although very rare today due to thorough blood screenings).

However, the most common way of transmitting AIDS is through sex… unprotected sex.

This type of sex happens as an underlying desire/need to avoid a feeling of rejection, and to substitute that feeling with a misdirected sense of power and inclusion. This is the domain of sexual addiction and dependence, which is very different from having a healthy libido.

(A note of interest is that the being excluded does not necessarily imply a deficiency, as many people of race, belief, religion and orientation have been excluded but find healthy ways to build their own communities and support systems. It is an inappropriate feeling of being excluded that causes the problem.)

The trouble happens when the person has no idea of what or who is really good for them, not realizing and/or accepting that they don’t need to like everybody and have them in their life. In fact, there are people that ought not to be in this person’s life, but they can’t actualize this boundary because they are either hung up on what unconditional love is(n’t), or they have no strong defences due to lowered self-esteem.

There is a lot of pride attached to self-identifying with sexual prowess, so this could prove to be a challenging task for the one who has the courage to take this on.

Here are a few examples of statements we would resolve during a session that they could test themselves on:

The upside is that once beliefs such as these are resolved, people with AIDS can finally experience a sense of true love and belonging, regardless of whether the disease lets go of them or not.

For those who tested themselves on the above beliefs and found some, or all, of them as TRUE, of course this doesn’t mean you have or will get AIDS. Beliefs are a complex web of themes that can surface in many different ways.  For you who tested TRUE for any of these statements, it simply means you have the opportunity to resolve this in this life, before experiencing a ‘carry-over’ into the next.

Why not start today?

Have a super week.